Why Is It Important For Men To Get Tested For STDs? 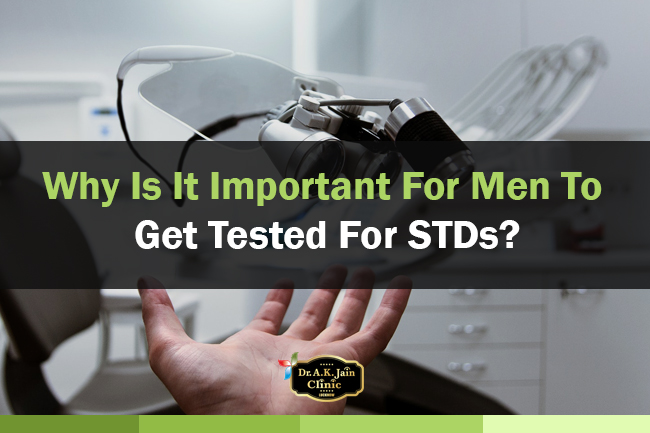 A few days ago a story circulated about how a girl was rushed to Hospital for liver damage where she realized that her boyfriend was cheating on her.

She was suffering from Chlamydia which is a sexually transmitted disease. The sad part is that she never knew she had one and it only came out when the liver was already damaged severely.

The girl had a very responsible approach towards her sex life. She had always been loyal to her partner, refrained from casual sex with strangers and always practiced safe sex. She also got herself tested when she entered a new relationship.

Cheating in itself is heartbreaking and finding out about his infidelity after being infected with STD is completely shocking and traumatizing!

This also brought her so much embarrassment. Explaining your friends and parents that it wasn’t you who was sleeping around with strangers but your boyfriend is an agony one can only imagine.

It’s surprising to see how irresponsible her partner was.

As a general behavior, it has been observed that women are more conscious about their sexual health than men.

Many researchers say that women have been found to be careful while getting physical with strangers.

They are also seen to be cautious enough not to practice unsafe sex. Women also get themselves tested quite regularly so as to not get infected with STDs.

Men are more negligent when it comes to STDs. Women are found to be more concerned about the health risks which STDs bring along.

A survey conducted by a small group of friends displayed appalling results. Almost each and every woman had herself tested for many times while none of the men reported of getting themselves tested on even a single occasion.

This despite being with more partners than women! The results indicate that not only men weren’t serious about sexually transmitted diseases but they were also putting the health of their partners at risk.

If we try to study the psychology of women, the reason why women are more conscious about their sexual health is that they are aware of the downside of sex.

The societal stigma and regressive approach have also to do with the awareness. Women are constantly scared of an unwanted pregnancy which automatically makes them practice safe sex.

Condoms are the safest bet when it comes to a sexual encounter with strangers which fortunately prevents STDs.

Women are also aware of the consequences of getting affected with STD. Apart from physical risk, there are so many social disadvantages that would tag along with STD. As per our societal norms, women are not supposed to desire and want sex as much as men do. Sex somehow makes women impure.

Getting STD would scream of her sexual indulgence and make her impure for the society. And the stigma worsens of the woman in question is unmarried.

Every woman desires to become a mother at the right time. But unwanted pregnancy is never welcomed as it brings along stress, fear, and embarrassment if the girl is unmarried.

However, unwanted pregnancy is not as scary as the fear of not being able to conceive because of STD. As a result, women are more conscious about their sexual health and even force their partners to practice safe sex.

It has been observed that while women are more vulnerable to catching STDs, they hardly display any symptoms of diseases like Chlamydia and gonorrhea.

Even if the symptoms appear they are confusing and hence remain untreated more often than not. On the contrary, men are likely to display more abnormal symptoms when they get infected with STD.

What we can make out of the situation is that men are not only risking the health of women but also risking their own lives.

Practising safe sex is not just confined to using condoms each time you have sex. It’s the responsibility of men to get them tested regularly for STDs.

They need to educate themselves about STDs so it becomes easy to recognize the symptoms if any at the initial stage and get it treated.

In majority cases, STDs can be treated but prevention is better than cure! It‘s good to be responsible for your partner’s health as well while being in a relationship.