Car Sex Tips – How To Have Sex in a Car? Whether you are planning to check off a sexual fantasy or want to try it once with your lover, making out in a vehicle is always a big turn-on for many. A recent study indicated that a whopping 85% of people admitted to having sex in a car, for some it is a must-do. Many might think of car sex as something teenagers do, but it is not like in the act in the middle of the market. Whether you have just entered adulthood or are above 50, car sex is a lot of fun to try out once with your partner. How Can I Make Car Sex More Enjoyable and Fun?

A recent survey found out how making out in the back of your car could be both fun and memorable for both the partners. We have come up with a list of the top eleven tips to help you make the moment enjoyable. The Car is For Quickies

We would like first to dispel this myth that car sex would be a nightlong affair. If you plan to take the sex session to another level, then it would be a good idea to find a room to do the act and not the car. In short, your vehicle is for quickies on the lunch break or a speedy bang during your drive back home.

When looking to hook up with your lover, we recommend that you choose a vehicle with ample space to maximize the fun and pleasure. According to a survey, millennials preferred hooking up in an SUV over any other car. Sex in an SUV received the highest satisfaction rating followed by Coupes, Pickup Trucks, and Sedan. In short, the SUV is the top choice for a hookup, followed by Sedan. It is clear by 66% of couples who preferred to make love inside a sedan as compared to an SUV.

It goes without a doubt that people preferring to make love in cars prefer the backseat as the best place for it. The level of satisfaction for couples engaged in making love in their car was highest for the backseat. The second most preferred place was passenger seat followed by the driver’s seat. Among car sex enthusiasts, the trunk was the least favorite place to go at it unless it was a pickup truck. However, when it came to outside the car, then couples preferred standing against the car and using it for support than going to the roof.

Cowgirl is the Name

When it comes to car sex, there is not a lot of positions you can try with your partner. However, out of all the positions, the one which can be taken care of well is the cowgirl. Couples have given the position a high satisfaction rating. When it comes to choosing a second position, then doggy style is the preferred choice followed by sitting cowgirl, reverse cowgirl, and missionary. The last position chosen by couples was 69, which is far from a car-friendly lovemaking session.

The best thing to do when planning on making out in the car is choosing a location, which is discreet. Some of the sites selected by couples to do it included the driveway, parking lot, the side of the road, or a scenic overlook. The least preferred place was the parking lot. You should plan, find a secluded location, and if possible then bring a bigger vehicle such as an SUV.

Roll Down Those Windows

Many couples who have seen Titanic think that car sex is all about steamy windows and loud moans. However, the picture is far from the truth. Although it might create a mystery of what is going inside the car, you do not want a cop to pull up thinking of something illegal. You would have a lot of explaining to do to the authorities apart from explaining where the heat is coming. It would be a good idea to roll down the car windows to remove any doubt in the mind of the passerby.

While we do not want to dampen your mood for a night of good lovemaking in the car, but you need to choose somewhere hidden from the public eye. It would not be fun when you would need to run off with your other half fully exposed. We recommend that you know the laws as getting caught having sex in a public place is counted as an indecent act in many states. In the worst-case scenario, you might end up becoming a sex offender, which will not only mess up the moment but your life as well.

Leather Seats are Not Cool

Let us put it this way; carpet burns would mean nothing as compared to your moist skin ripping off a leather seat in the car. The leather seat would not provide much slip and sliding, which is why having a blanket in the trunk would make the experience memorable and fun.

Be Ready for Leg Cramps

When it comes to car sex, any position will not provide your legs with sufficient area to stretch appropriately. It is likely that your legs might suffer cramps, and car sex is always a sure shot way for having leg cramps.

Do Not Switch On the Radio

We highly doubt that you would be willing to try car sex without putting on specific music to set the mood. However, you also need to be prepared that any music can pop up on your favorite radio channel. In short, if you are thinking of having a lovemaking session with some fresh beats, we recommend that you rather not try this one. No one would like to end their lovemaking session to the rhythms of Michael Jackson’s Beat It playing in the background.

Sex carries a potent smell, and that smell lingers for some time. If you do not want to open the car window or switch on the air conditioning system, be prepared to stink for some time. However, depending on what you plan to do after the romp in the car, then it would be super awkward to deal with another person with you smelling of sex from head to toe. No one would like to shake hands with a person at the office who feels like he just came from a sex marathon. If you plan to take the lovemaking game to the next level with a bit more excitement, then car sex is for you. However, if you plan to have a night of marathon then booking a hotel room would make much sense. 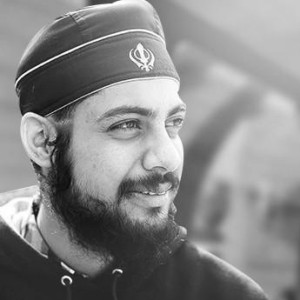